THE BEST PANETTONE IN THE WORLD 2019

competition organized by the FIPGC 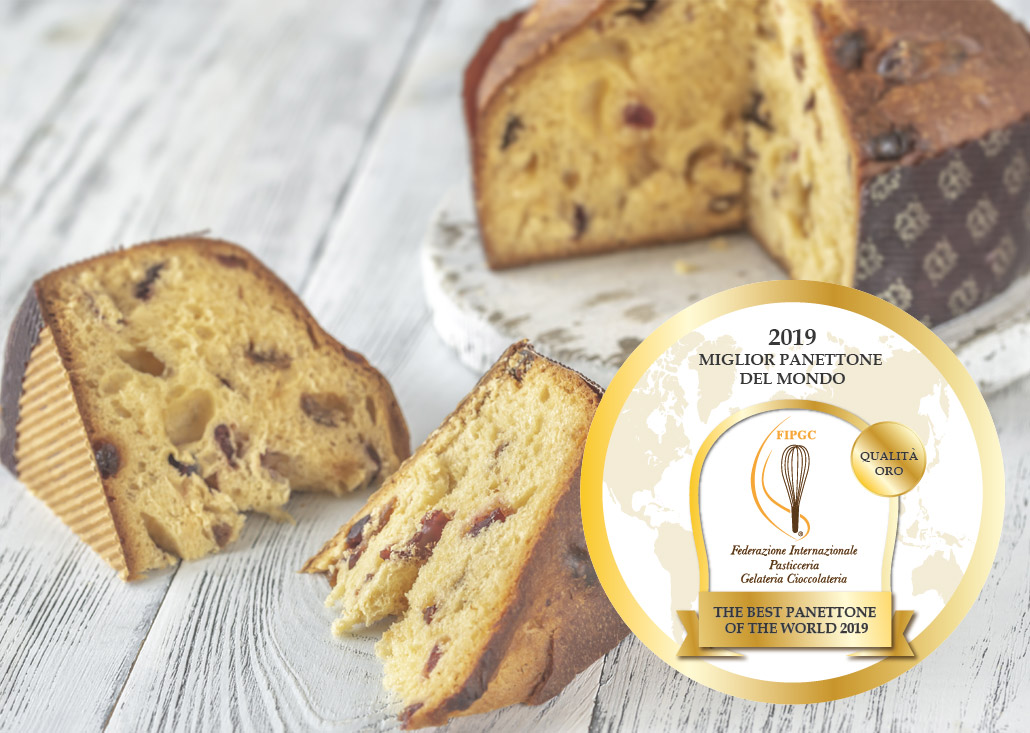 Cartpart Sponsor
The International Pastry Federation calls upon the best international pastry chefs for an unprecedented challenge: making the best panettone in the world Milan, November 2019. The era of global panettone is here. In fact, who said that the best panettone must necessarily be Milanese? For years, pastry chefs from all over Italy have established themselves on the scene with panettone recognized and appreciated by the best gourmets. But now the challenge becomes global. In fact, why can't China, the Arab Emirates or Australia produce panettone as good as the “made in Milan” ones? The idea came to the International Federation of Pastry, Ice Cream and Chocolate which this year launched the first edition of the contest "The Best Panettone in the World", which will be held on 16 and 17 November at Palazzo Falletti in Rome. “The choice of Rome means that the panettone is now a dessert that belongs to all of Italy and not only to Milan - says FIPGC President Roberto Lestani - I will say more.

For several years panettone has been known and recognized as a masterpiece of haute patisserie all over the world, so much so that it is protected by a specific disciplinary which imposes doses, ingredients and procedures so that it can be called such. Precisely for this reason we have thought of this challenge to test some of the best pastry chefs in the world and to find the best recipe, without geographical or cultural limits ". There will be 165 pastry chefs competing: among them some from China, Japan, Saudi Arabia, but also from the closest France and Spain. The first commandment? Find the right compromise between all the ingredients. The pastry chefs will have to knead, measure, let rise and shape the Italian dessert symbol of Christmas with the aim of winning the votes of the jury and winning the coveted recognition. During the two days of the event there will be space for three different categories.

We start with tradition, decreeing what will be the "Best Classic Panettone", leavened for many hours, with all the necessary steps and ingredients: flour, butter, raisins, orange peel, vanilla and l 'inevitable mother yeast. The challenge then continues with the second category, "Best Panettone Stuffed" where the challenge will be played on the creativity of the filling that will take the place of candied fruit. Pistachio or chocolate? Chilli or some exotic passion fruit or mango cream? Here too the jury will choose the best and most original creation. Finally, the award ceremony for the most beautiful panettone: “Best decorated Panettone” because, as we know, a great pastry chef is always a great artist as well. Here there are no limits to the imagination, the decorations can be the most varied and whimsical, the important thing is not to affect the natural shape and the wonderful substance of the panettone.
The jury will be formed by the World Champions of Pastry, Ice Cream and Chocolate, Roberto Lestani, Matteo Cutolo, Enrico Casarano and the internationally awarded pastry chefs Mario Morri and Gianni Pina. In addition, for the “Best decorated Panettone” award, the jury is enriched with the judgment of the pastry decoration experts Cinzia Iotti, Claudia Mosca and Gennaro Filippelli. To them the arduous task of judging the aroma, the cut, the cooking, the taste, the softness and the honeycomb, but also the originality, the presentation, the cleanliness of the worktop and the quality of the chosen raw materials, nothing will be left to chance. All that remains is to wait for the final verdict. November 16-17 - Palazzo Falletti, Via Panisperna, 207 Rome.
The competition organized by the International Federation of Pastry, Ice Cream and Chocolate FIPGC to decree:
1) BEST CLASSIC PANETTONE IN THE WORLD 2019
2) BEST STUFFED PANETTONE IN THE WORLD 2019
3) BEST DECORATED PANETTONE IN THE WORLD 2019
CartPart will be Sponsor of the event to be held in Rome on 16 and 17 November 2019